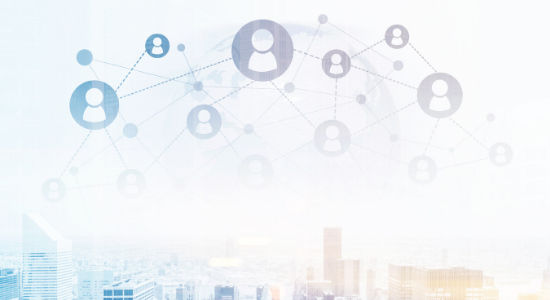 The past year has been a roller coaster for Facebook SHAREHOLDERS.

Initially, it appeared Facebook had weathered the storm of Cambridge Analytics, Senate Inquiries and the threat of EU fines for data breaches. However, it all went pear shaped when they announced a slowing in their subscriber numbers and a reduction in their profit margins. In a heartbeat, $120 Billion was wiped off their market cap.

And it’s also been a roller coaster for the rest of Facebook STAKEHOLDERS, particularly users who have been left wondering whether their data privacy has been breached or whether the ads they’re seeing are “fake news” or perhaps worst of all, political interference. It seems as though Facebook is the latest company to have been tripped up by focusing too narrowly on shareholders who are after all only a subset (albeit an important one) of a wider group of company stakeholders – employees, users, advertisers, suppliers, governments….and of course shareholders.

Start with all Stakeholders not just Shareholders

Shareholders are a fickle bunch, many of them chasing short-term financial returns. Therefore, it was refreshing to watch an interview with John Popper the former P&G CEO and Disney chairman – both companies with outstanding long-term shareholder AND stakeholder reputations – about where companies need to focus. In Popper’s view, it starts with meeting the needs of consumers and being of service to the communities where companies are based. Of course, the ability to be of service to one’s community is premised on companies being profitable and growing. But it’s that broader and more balanced perspective – looking at all your constituencies – consumers, employees, the community as well as shareholders – that Popper emphasised.

As I reflected on this issue, it reminded me that when I did my MBA some 3 decades ago, we used the classic Harvard text and case study approach to “Business Policy” (now taught as Strategy). In those days, corporations generally viewed themselves as having a social responsibility to stakeholders as well as a financial responsibility to their shareholders. Indeed, managing a corporation with stakeholders uppermost was characterised as a ‘moral imperative’.

Fast forward through the next quarter century and the focus shifted to “maximising shareholder value”. Paradoxically, this perspective often came at the expense of the very communities and stakeholders these corporations serve. By taking a short-term perspective, companies like Facebook potentially jeopardise their long-term relationship with their stakeholders as well as their shareholders.

Pressure from the Inside

Thankfully, it appears the pendulum may be swinging back towards a focus on all stakeholders and not just shareholders. A story in the New York Times featured quotes from Mary Barra (GM), Jamie Dimon (JP Morgan), Ken Frazier (Merck), Marc Benioff (Salesforce) and Howard Schultz (Starbucks) all citing “notable and new kinds of pressure. Firstly, from employees who expect or encourage their company to stake out positions on numerous controversial social or economic causes. Secondly, from board members concerned with reputational issues.”

And Pressure from the Outside

Ultimately, it’s a company’s ability to serve its customers and communities that determines long-term shareholder value. Of course, government is also a key stakeholder through interventions such as trade policy, legislation and public commentary (including most recently the Twittersphere).

But the real test is – does a company meet the needs – at all levels – of the customers and communities it serves.