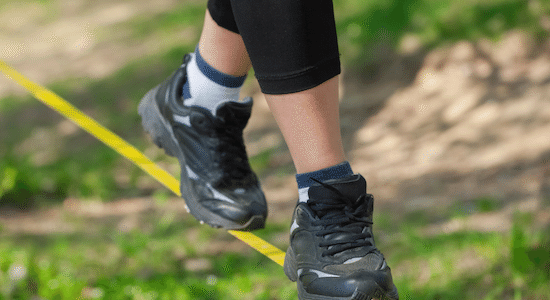 I recently attended a “Toxic Masculinity” workshop sponsored by a local baseball club that had tragically lost 2 of its members to suicide in the past year.

The purpose of the workshop was to help men redefine what it means to be a man and learn how to emotionally support each other better. During the workshop, a warm and confident young man (whom I’ll call Bill) volunteered to share his life story which could perhaps best be characterised as “Extremely Hard”. It started with foster care as his parents were unable to look after him. Bill’s mother came in and out of his life. He moved school multiple times and had difficulty finding and keeping friends. Yet in spite of the seemingly insurmountable challenges life had thrown his way, Bill’s ability to overcome the obstacles he had faced was truly inspiring and left me – and others – both gobsmacked and moved.

Which brings me to another inspiring story that also defied the odds. Ron Williams is an African-American who grew up on the tough south side of Chicago. After breaking out of the mould and going on to earn not one but two university degrees, Ron pushed his way up the corporate ladder and eventually became the Chairman and CEO of Aetna, until recently a Fortune 100 company (now part of CVS Health). Given the paucity of African-American in C-suite roles in U.S. business, his accomplishment deserves closer inspection.

Ron has just released a book called Learning to Lead: The Journey to Leading Yourself, Leading Others, and Leading an Organization, that provides that insight. Ron’s book documents his personal and professional journey including the main lessons he’s learned along the way. First and foremost was his realisation that before you can lead others, you have to learn to lead yourself, what Ron refers to as “discovering the inner drive that will spur you to seemingly impossible achievements.” Once he developed this deep understanding, Ron proceeded to defy the expectations of others by “not accepting other people’s’ framing of what I was capable of,” and consistently “elbowing my way to the table.”. Ron’s perseverance at shifting people’s perspective and demonstrating his commitment to being part of the conversation is quite extraordinary given his background.

So, what is it that allows people like Ron and Bill to beat the odds and succeed where others falter? In my view, a large part of it comes down to their self-belief and more particularly their self-efficacy beliefs – their belief in their ability to influence their life circumstances and their willingness to persevere against the odds to achieve what they believe is possible. Hundreds of studies have shown the strong relationship between an individual’s self-efficacy beliefs and their commitment to trying to achieve an outcome – even when the outcome seems impossible to achieve.

The great thing about self-efficacy beliefs is they can be developed through personal mastery, role modeling, and feedback/coaching. Both Ron and Bill have demonstrated a strong, native sense of self as well as an eagerness to learn through practice. In addition, they’ve had good role models and lots of encouragement from significant others to move forward in spite of the odds. The combination of these three factors has no doubt had a powerful impact on their ability to persevere and their determination to succeed.

Leaders are made not born

The legendary American football coach Vince Lombardi passionately believed that leaders are made not born (see the Switch blog on Lombardi here). For all of us who want to learn how to lead ourselves, our teams and our organisations more effectively, Ron Williams’ story provides not only living proof of Lombardi’s belief but the motivation to emulate him.

In accordance with the UK Data Protection Act and the EU General Data Protection Regulation (GDPR), Switch Education only collects and processes your personal information by following strict security procedures in the storage and disclosure of information that you have given us to prevent loss, theft or unauthorised access. By accessing the Website via any means, use the Online Courses and Content, registering or posting comments, assessments s or other material, or providing feedback, you agree that your personal information may be collected, stored, used and shared by us and/or our other partners such as the Chartered Management Institute (UK) for affiliate membership and qualification processing purposes.OkNoPrivacy policy