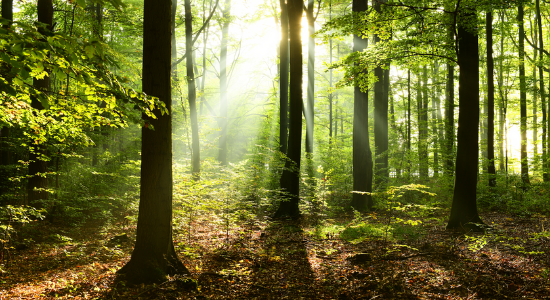 And it’s not just about climate change either. Plastics are contaminating drinking water, there are new barriers to recycling and rapidly increasing deforestation are all contributing to make an already extremely difficult task almost impossible. That’s why we need leaders with the ability to create a vision for the future.

Two Australians – Ross Garnaut and Damon Gameau (the former a distinguished academic and the latter an award winning documentary filmmaker) have recently caught my attention by demonstrating this leadership quality. Professor Garnaut has called for Australia to take advantage of its unique natural assets and location and become “the superpower of the post-carbon world economy” while Gameau’s film “2040” presents an upbeat “what’s possible” approach to tackling climate change with its’ focus on five existing innovations with the power to slow down and eventually reduce global warming to sustainable levels.

Australia is the world’s largest coal exporter so a post-carbon world will have a big impact on its economy. On the other hand, it’s also well known for its immense coastline, vast interior and sunny climate. In a post-carbon world, Garnaut asserts that rather than harming Australia’s economy, this new world will “nurture the three great assets for Australian industrial leadership in the post carbon world economy: globally competitive renewable power; an abundance of biomass for the chemical manufacturing industries; and low cost biological and geological sequestration of carbon wastes.” Instead of using coal power to process and smelt minerals and metals in current locations such as North Asia, countries such as Australia with an abundance of renewable energy and resources are the obvious alternatives. Garnaut has painted a new vision for Australia from one reliant on coal exporting to one where Australia’s other natural assets can build both a stronger local economy and make a significant economic and environmental contribution to the new post-carbon world order.

In his documentary 2040, Gameau highlights five contemporary innovations that have the potential to reverse global warming before it’s too late, namely:

1. Renewal energy – Using micro grids to move from centrally generated (coal) power to locally generated (solar) and distributed power
2. Vehicle ownership – Autonomous, battery-operated vehicles are just the start – new ownership models/vehicle access will transform car parks and roads into green belts
3. Food chain – Moving from feedlot, chemical-based approaches to natural ones coupled with reduced animal protein consumption will drive food productivity.
4. Seaweed aquaculture – Not only does seaweed do an amazing job of sequestering CO2 but it produces a highly edible and scalable food source
5. Educating girls – There is a strong negative correlation between education and the number of children women bear – The higher the education, the fewer the children.
As an educator, the last “innovation” has particularly strong appeal. Not only does education give women more life choices but over time the world’s population will stabilise to a sustainable level.

Australia has long regarded itself as “the lucky country” because of its abundant natural resources. It’s also lucky to have leaders such as Ross Garnaut and Damon Gameau who are able to imagine a different world and paint a picture of what it will look like for others to follow.