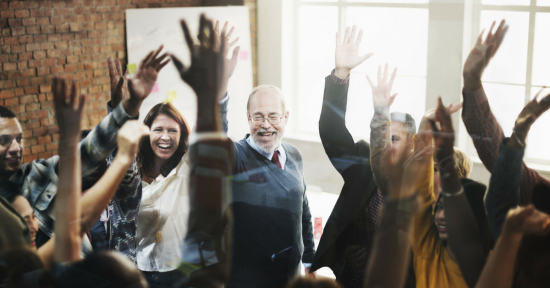 I’ve recently had the privilege of working with the extended leadership team at an Australian EdTech business.

They’ve grown from 10 to 75 people in the past 5 years with offices in Europe, North America and Australia. Technology is clearly crucial to their long-term growth and success. However the co-founders recognised early on that they also need to build leadership capability to achieve their vision.

Developing leaders is a challenge for any business. But it’s particularly challenging in a geographically dispersed, virtual team business. While leaders with strong technical expertise are essential to business success, effective team leadership draws on different competencies and behaviours. As Marshall Goldsmith’s book tells us “What Got You Here Won’t Get You There”.

Getting help to shift gears

To address this challenge, the extended leadership team all completed the LMAP 360 leadership assessment tool. The LMAP process helps participants gain a deep understanding of their strengths as leaders. It also surfaces areas where their behaviour needs improvement. LMAP uses a “self-reflection leads to self-regulation” approach. This approach means participants declare a leadership development goal and actively engage their colleagues in their own leadership development journey. The team has extremely busy work and personal lives, exacerbated by the multiple time zones they operate within. Nevertheless, they’ve all committed to their self-declared goals.

The Paradox of Celebrated Discontent

The team are all clearly driven to succeed. However one clear theme to emerge during the debrief process was the need to also pause for breath along the way. My colleague Gary Heil coined the phrase “Celebrated Discontent” years ago to describe the culture of improvement at Disney. On the one hand, they continually berated themselves about the need to improve the guest experience – yes Disney! On the other hand, they don’t forget to celebrate how much better they were getting along the way. It’s a useful addition to the culture of any organisation, particularly in a fast-paced environment.

Championship teams, not teams of Champions

Developing leaders for the 21st century is different than before. Research by CEB found the new model of ‘enterprise’ leadership is replacing the old model of ‘directive’ leadership. As a result, successful leadership depends on excellent individual leadership performance with the ability to create value for the firm as a whole. To do that, you need to draw on expertise from across the organisation. In the new world of constant change and interconnectedness, we need championship teams, not teams of champions. Using tools such as LMAP are an essential part of creating such championship teams.