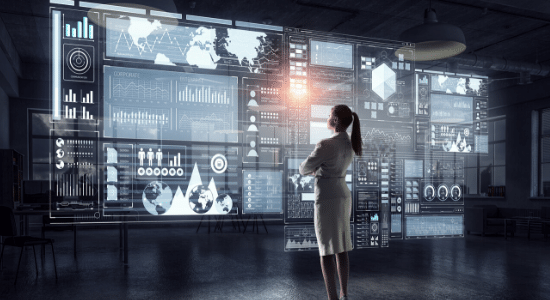 The late Peter Drucker has been described as the founder of modern management. I still remember the title of his textbook “Practices of Management: Planning, Directing, Organising and Controlling” when I first studied management at university in the 1970s.

I see Drucker as a profound thinker and prolific writer. He originated the term “knowledge work” in 1959, the same year a radically different type of transistor “MOSFET” was invented at Bell Labs. Never heard of MOSFET? It’s the semi-conductor device that’s the building block of the modern electronics industry and the most widely manufactured device in history. Along with the development of the computer, MOSFET was the innovation that firmly thrust us into the Information Age; an age in which society generally seems to have entered and even embraced but our institutions have not.

In a 1992 Harvard Business Review essay, Drucker observed that a “sharp transformation” has occurred every few hundred years throughout Western history and that it takes a matter of decades for society to rearrange itself, including its worldview, basic values and key institutions. To illustrate, during the COVID-19 crisis we were able to switch relatively quickly to remote work with no obvious productivity loss and arguably significant benefit. But, on the other hand, educational institutions have found the transition difficult. The technical capacity for online learning is present but the skills, confidence and mindset required to make online learning effective lags behind significantly.

In order for society to capture the benefits and avoid the detriments of the Information Age, it’s critical that the educational ecosystem adjusts to this new reality. Drucker felt that it was knowledge – not land, labour or capital – that will be the most crucial economic resource for living in a “post-capitalist society”. In effect, knowledge workers and their productivity have become the most valuable asset of both business and non-business 21st Century institutions. The educational ecosystem has a critical role to play in facilitating the development of knowledge as an economic resource. Management also has a key responsibility to increase the productivity of knowledge workers in the 21st Century just like it did for industrial workers in the 20th century.

Why is increasing productivity of knowledge workers so important? It’s because the 50-fold increase in industrial worker productivity in the 20th Century drove the health, education and welfare standards we enjoy today in the developed world and increasingly the developing world. This massive boost in industrial worker productivity started with management asking “how” to do things more efficiently using scientific management principles and implementing mass production practices.

In contrast, increasing knowledge worker productivity starts with asking and defining “what” task needs to be done. The shift from ‘how’ to ‘what’ means the knowledge worker themselves – rather than the system they work in – has the primary responsibility to drive increased productivity.  Management’s role is to provide the right environment for knowledge workers to organise work themselves. And the role of the educational ecosystem is to give workers the mindset, confidence, capabilities and orientation to excel in this environment.

Placing the responsibility for organising work with knowledge workers rather than management means that the mindset, capabilities and orientation needed are almost exactly the opposite to the mindset, capabilities and orientation developed by the educational ecosystem developed for industrial workers. As Drucker pointed out, increasing knowledge worker productivity relies on:

The universal, compulsory education system created in the latter half of the 19th century and refined throughout the 20th century was largely developed in response to the industrial age. It’s now incumbent on the educational ecosystem to transform itself by embracing the needs of the information age in order to help society boost productivity for the next 150 years just like it has for the past 150 years.