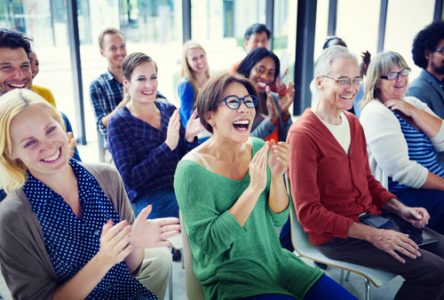 I’ve long been interested in the relationship between employee job satisfaction and work-related performance ever since I read about the famous Hawthorne studies conducted by Elton Mayo, a Harvard professor and generally regarded as the founder of the organisational behaviour field (Historic footnote: Mayo was an Australian!)

Many of you will recall Mayo’s findings at the Western Electric plant in Chicago – when the lights were turned up, productivity went up as expected. However, much to Mayo’s surprise, when the lights were turned down, productivity went up again. His conclusion: Paying attention to worker’s needs improved productivity. Although research subsequently showed the ongoing impact of this type of “attention” was illusory (hence the term “The Hawthorne Effect” was coined), Mayo’s work was the catalyst for a long line of humanistic psychologists including Maslow, McGregor, Herzberg, Vroom and Bandura that focused on the effects of management practice (good and bad) on employee well-being and productivity.

Unfortunately, the research on the relationship between employee job satisfaction and work-related performance is inconsistent. Although there is a significant and consistent correlation between job satisfaction and work-related performance, researchers have failed to establish cause and effect. In other words, we don’t know whether greater job satisfaction causes higher levels of performance or the reverse: the higher the performance, the greater the job satisfaction. Although I (and I’m sure many of you) intuitively believe that the humanistic practices exemplified by Theory Y management (i.e. the power of empowerment) are preferable compared to the authoritarian ones typified by Theory X management (i.e. intimidation and lack of trust), from a productivity perspective, the evidence is mixed.

The Economics of Happiness

That’s why I was delighted to read a recent McKinsey interview (The economics of happiness ) with Lord Richard Layard, a labour economist at the London School of Economics who has been writing about the economics of happiness for nearly half a century. Not only does Lord Layard see employee happiness as being an important moral responsibility for organisations but also a positive economic one. He quotes research by Alex Edmans from the London Business School showing that the top best places to work increase their share value 50 percent relative to other top companies. In effect, happier employees – those that at least say the places they work are the best – do achieve significantly higher work-related performance – at least as measured by share value. Although it’s still not clear which is the chicken and which is the egg, the implication is clear: happier employees = greater value.

And what’s Lord Layard’s conclusion about what makes employees happy at work? The same things that make people happy in their lives: a sense of belonging, social connections, and a purpose or meaning. Lord Layard’s conclusion really rang true for me as it mirrored those espoused by organization design expert Marvin Weisbord, the author of one of the most influential books I’ve ever read: “Productive Workplaces: Creating Dignity, Meaning and Community”. Indeed, the most ‘shocking’ fact Lord Layard has discovered over decades of happiness research is that the day or the time in the week that people least enjoy is when they’re with their boss!!!  Who would have thought?! Lord Layard attributes the high level of employee unhappiness at work to “too much rule by the creation of anxiety and fear and not enough by motivation and enjoyment and inspiration”. His research puts the onus back on us as bosses to create the right environment for employees to be happy.

So as managers and leaders, the choice is clear-cut. If you want happier, more productive workplaces, it’s time to motivate by inspiration rather than rule by intimidation.