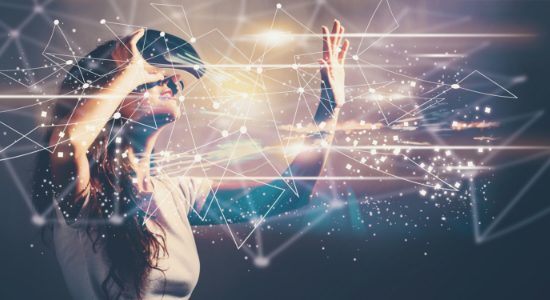 A couple of years ago, Facebook bought a virtual reality (VR) headset company (Oculus) for $2 Billion – a massive amount for an undeveloped technology, even for a company as big as Facebook.

Indeed, their COO Sheryl Sandberg has had to repeatedly hose down speculation about how rapidly VR will become a major income stream for them. In order to understand more about what the excitement was all about, I attended a Gaming Expo in Sydney last year and had a chance to “put on the headgear” and explore the world of VR. It was pretty full on! Intriguingly, the evidence suggests VR works because it not only creates a 3D world to experience but that it generates empathy – the missing link to move people from cognitive ‘concern’ to emotional ‘action’.

Afterwards, I thought about the implications for leadership development. What’s the relationship between empathy and the job performance of leaders I wondered? Luckily I came across a white paper by the Centre for Creative Leadership (CCL) clearly showing the relationship between empathy and job performance – Managers who show more empathy toward direct reports are viewed as better performers in their job by their bosses. CCL defined empathy as “the ability to experience and relate to the thoughts, emotions, or experience of others. Empathy is more than simple sympathy, which is being able to understand and support others with compassion or sensitivity”. So any aspiring manager needs to develop their empathy skills if they want to impress the boss!

Fundamental to experiencing empathy is the ability to “step into another person’s shoes” and see things from their perspective. And that’s where it seems to me that VR may make a big difference.

The experience is so real that you really do see things differently. While VR takes empathy generation to a whole new level from a technology stand point, ‘old’ organisational theatre technologies that my colleagues and I have used such as Forum Theatre, Intensive Role Playing and Entertainment Education apply the “Law of 2nd Order Observation”.  They advocate seeing things by observing the observer – as the main perspective expanding way for employees and leaders to see things differently and change their behaviour accordingly.

Learning to be empathetic

So how do we become more empathetic? Fortunatelyit is not a fixed trait. As a core component of emotional intelligence or EQ, empathy is a “task-specific” behaviour that can be learned and mastered. Yay! And as a leader becomes more proficient at being empathetic, s/he will not only improve their job performance in the eyes of their direct reports but the skill they learn will translate into the wider EQ “domain”.  As CCL points out in their whitepaper, coaching (including feedback) and training (personal mastery) can be used to help leaders learn the skill of empathy. I would go further and add role modelling (also known as “vicarious learning”) to that list. And in effect VR is a particularly powerful form of vicarious learning.

We need leaders who demonstrate greater empathy. Helping them develop better empathy skills is all about boosting their self-efficacy beliefs – their confidence in their competence as well as personal agency and control to be empathetic – and their belief that effort will lead to success. The combination of personal mastery, role modelling, feedback and coaching using VR will lead to stronger self-efficacy beliefs – and more empathetic leaders.

Only time will tell whether VR will help managers and leaders develop better empathetic skills. What’s crucial is that empathy can be learned – and your career progression likely depends on it.