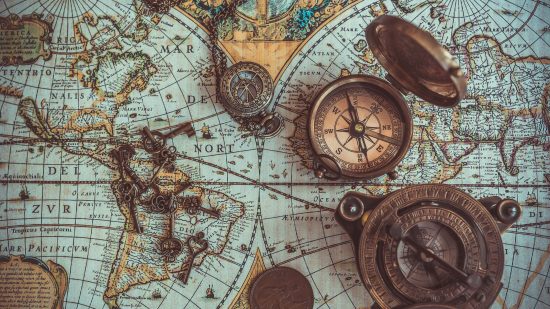 Besides the many ideas and innovations Kurt Levin advanced as one of the most influential social scientists of the 20th Century, he once commented “there is nothing so practical as a good theory”.

Shifting the paradigm from teacher centred to student centred learning faster is a classic example of his comment in action as the educational ecosystem theory builds the skills, mindset and capabilities knowledge workers need for the Information Age. In his work on Force Field Analysis, Levin showed how behaviour change resulted from environmental and personal forces that were either driving or restraining the change in question.

Albert Bandura, another prominent and influential social scientist of the 20th Century extended Levin’s insight when he coined the term “Triadic Reciprocity” to describe the continuous interaction between the environment, personal factors AND behaviour to explain human behaviour. Bandura was the originator of Social Cognitive Theory (SCT) which takes a proactive, agentic perspective of human behaviour. In addition to triadic reciprocity, SCT assumes humans have the capacity for forethought and intentionality, self-reflect to self-regulate their behaviour and develop their self-concept through the social environment they live and work in. Although SCT has been adopted in parts of the educational ecosystem, there is significant scope to use it to speed up the paradigm shift.

In order for this shift to happen, it’s critical to help people aligned with the dominant paradigm let go of their current shared belief system. Levin’s, classic “Unfreeze, Move, Re-freeze” 3-stage model of change has been shown to successfully support people to let go of the old before they can move to adopt the new. To their detriment, many institutions often use a 2-stage model of change which simply serves to increase resistance to the change and slows the process down. In contrast, by helping participants gain greater personal and environmental awareness through the “unfreeze” stage, forces against the change are restrained and help to shift the process faster.

An example of Levin’s model in action that addresses the challenge of resistance to change has been developed by Harvard Graduate School of Education Professors Robert Kegan and Lisa Lahey. Their “Immunity to Change” methodology supports people making progress towards the improvement goal they want to achieve. For example, it could be a teacher who’s set an improvement goal to adopt a student-centred approach but is finding it difficult to implement. Their process starts with recognising the behaviour that most gets in the way of the goal. It continues with identifying the competing commitments to achieving the goal – how your immune system effectively protects you from feared undesirable outcomes. The last step involves naming your big assumptions – the beliefs, truths and values – your dominant paradigm – that’s preventing you from embracing the new one.

A novel alternative for educators to understand their dominant paradigm and concurrently motivates them to change is “Forum Theatre”. Originally called “Theatre of the Oppressed”, it was developed by Brazilian Augusto Boal in the 1960s and is theoretically grounded in fellow Brazilian Paolo Freire’s critical pedagogy. Forum Theatre is a form of simultaneous dramaturgy where participants (spect-actors) watch a scripted performance and then participate in analysing the performance and coaching the actors on different ways of constructing it. This process confronts the audience as it is typically differnt from their usual perception of their reality. By helping the audience observe the familiar from an unfamiliar perspective, Forum Theatre provides a powerful source of insight to assist people “unfreeze” as well as motivate them to “move” towards embracing the new behaviour.

Lastly, to support educators embrace and “freeze” their new behaviours, the field of Entertainment Education (E-E) offers a contemporary, multimedia approach. Theoretically grounded in SCT, E-E is defined as the intentional placement of educational content in entertainment messages. E-E focuses on influencing audience behavioural change by showing rather than describing positive and negative role models to an audience such as educators. Given the difficulties faced by people seeking to adopt new behaviours on challenging tasks, E-E supports people “freeze” their behaviours until they become habitual.

Of course, shifting the paradigm faster is easier said than done. However, the combination of increased awareness, interventions to support people and a roadmap to make it happen provides the foundation for the educational ecosystem to move more rapidly from the industrial age paradigm to the one society needs for the information age. The techniques highlighted above provide examples of individual and group interventions designed to support educators everywhere understand the reasons change is required and become motivated to shift their own behaviour accordingly.