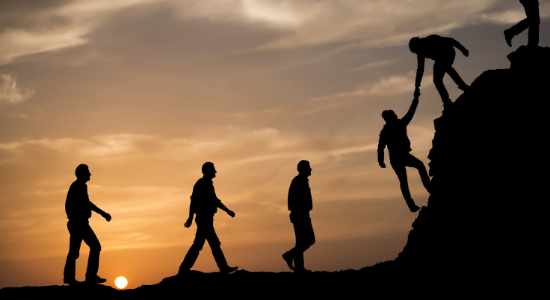 When I first studied management at Business School, the leading authority was Peter Drucker.

His book “The Principles of Management” was the bible for managers and Drucker’s insights into management and leadership are still worth reading today. Drucker saw the essence of Management as being built on 4 key domains: Planning, Organising, Directing and Controlling – in effect the “Task” of Management.

Fast Forward Four Decades (wow that is a long time!!)

While successful managers still focus on the task, they’re now expected to also be a ‘leader’ of “people” – the definition of which is much more nebulous. Most of us recognise a good leader when we see one but it’s harder to describe WHY they’re a good leader and WHAT they do to be seen as such. On the other hand, it’s easier to judge WHAT makes someone a good manager using Drucker’s 4 domains – either you’re planning, organising, directing and controlling well or you’re not!

Therefore, being a good leader as well as a good manager typically requires new skills and a different approach. So how does one learn to be a leader and not just a manager?

In my experience as a business educator, getting managers to lift their gaze from the daily grind of management to a five-year leadership time horizon is a challenge. In some cases, it’s a leader’s personality that holds them back – overly conscientiousness or a limited ability to think strategically. When this happens, we can use Insight tools such as the LMAP 360 provide actionable feedback for a manager to learn what leadership behaviour looks like.

For other people, it’s simply a case of not knowing what the KEYS to leadership look like. In these cases, we can turn to leaders such as Vineet Nayar for inspiration. Nayar is the former CEO of HCL, a fascinating India based organisation and author of People First, Customers Second. Nayar’s outspoken about the need for leaders to step up and has been described by organisational guru Tom Peters as no less than a 21st Century Drucker! http://www.vineetnayar.com/

Nayar boils the difference between being a good manager and good leader into 3 key ideas.

Managers count value and Leaders create value. S/he generates value over and above that which their team creates. Leading by example and leading by enabling people are the hallmarks of action-based leadership.

Management consists of controlling a group or entities to accomplish a goal. Leadership refers to an individual’s ability to influence, motivate, and enable others to contribute toward organizational success. Influence and inspiration separate leaders from managers, not power and control.

There will be times where counting value, wielding power and controlling groups to achieve goals will be required to fulfil your role as an effective manager. But if that’s all you’re doing, then you’ll be missing out on the opportunity to concurrently be an effective leader. Good leaders create value, influence widely and use this influence to motivate and inspire others.

So, how do you know if you’ve or your colleagues have made the transition to becoming a leader AND manager? When you spend less time discussing the tasks at hand and spend more time talking about vision, purpose, and aspirations during your team coffee room chats, you’ll know you’re on your way to getting the balance right.