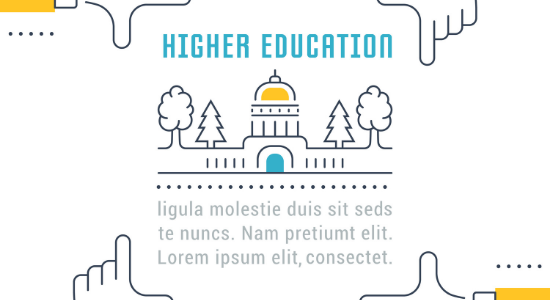 In the good old days, high school students wanting to train for a job/career had a choice – go to college to learn a trade or similar vocational qualification or head to university and gain a tertiary education.

These days, it’s not that simple. Instead of training for one job and one career, most of us need to continually re-train for multiple careers.

The issue is the vast majority of our colleges and universities have been built to train and educate teenagers and young adults. As a recent report from the White House Council of Economic Advisers found, investment in skill development occurs during the first 25 years of life before decreasing quite dramatically. However, technological change including AI, automation and globalisation are causing many industries to “re-size” as well as creating rapidly growing ones requiring new skills. The sheer scope of disruption coupled with the breadth of skills required means older workers need to be an integral part of the equation.

.. And Changing our Attitudes

Going back to school is hard, particularly for older workers who haven’t had the opportunity for re-training earlier in their careers. They lack confidence in their ability to learn new tricks and are worried about their age being a handicap, plus some just simply cannot be bothered or believe that given the time and energy they have put into their work lives, they shouldn’t have to re-train!

A recent article by Harvard Professor Willy Shih reinforced these challenges. Darlene Mickelson had worked for 34 years in a Wisconsin factory before being laid off and going back to school to study accounting at a tech college. To quote Darlene:

“I was surprised there were people who were not worried about my age and who believed I was still a valuable member of the workforce… It gave me back my self-confidence after losing my job.”

Compare Darlene’s experience with that of many older workers – men and women – who find it increasingly difficult to find meaningful employment after being laid off.

Technological innovation has driven socio-economic progress for eons, but never more so than in the 21st Century. The advent of AI and automation are forecast to have mammoth impacts on the very nature of the skills required to perform jobs. For example, it’s been estimated that 30% of management tasks will become redundant due to AI. Managers are therefore faced with a choice: learn the skills they need to become an effective 21st Century manager (interpersonal, strategic, data analytics) – or face redundancy. Given the challenges of finding work as an older adult, I know which one I’d opt for!

As Willy Shih points out in his article, older workers need a different approach due to lack of recent education experiences and other life commitments. Digital technology also means learning content can be provided “on demand” rather than in the classroom while the application of this content can be “on-the-job”. For these reasons and others, putting older workers into programs designed for younger workers just doesn’t make sense. There are much better solutions available utilising technology as well as new approaches to learning.

One final thought. GM’s recent announcement to close 5 underperforming plants so it can re-invest in its future is a classic example of the conundrum facing business and their employees. Shutting the plants makes economic sense for GM and the majority of its workers, however, it reinforces the imperative for government, educators and industry to create a tri-partite approach to educating and re-training a capable workforce. Without such a change, communities will find it increasingly difficult to attract prospective employers.