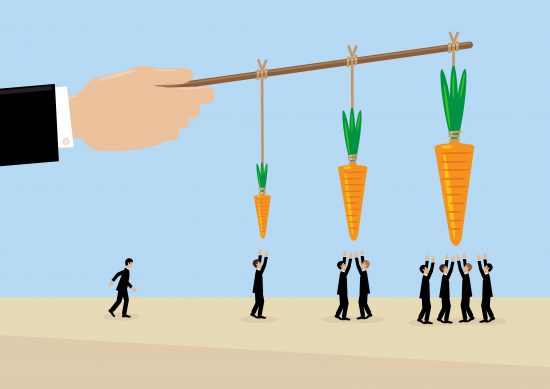 Indeed it’s a ‘perennial’ question with added urgency for managers wondering how to motivate a ‘Millennial’ generation where old school tactics such as rewards, recognition and fear are no longer producing the required results (if they ever did!)

My answer has been to move beyond carrots and sticks and focus instead on employee self-efficacy beliefs. Rather than assuming poor employee motivation is due to a lack of incentives, clarity of task or at the opposite end, apathy; my recommended starting point is to ask 3 Questions focusing on self-efficacy beliefs:

1. Does your employee have confidence in their competence?
2. Does s/he feel a strong sense of personal agency and control?
3. Do they have the conviction that effort will lead to successful outcomes they value?

Why do self-efficacy beliefs matter?

Lack of Self-Efficacy is one of 4 Traps

So, I was very pleased to read the recent HBR article “4 Reasons Good Employees Lose Their Motivation” by Richard E. Clark and Bror Saxberg. It was the first business press article I can recall that singled out self-efficacy as an important factor in employee motivation. The authors identified “lack of self-efficacy” as one of the 4 “Traps” preventing employees from “having the willingness to get the job done by starting rather than procrastinating, persisting in the face of distractions, and investing enough mental effort to succeed”.

And interestingly, upon closer examination, self-efficacy beliefs permeated the other three traps Clark and Saxberg identified too. To illustrate:

Trap 1 – Workers aren’t motivated to perform a task unless it’s something they “value”. This trap is the third component of self-efficacy beliefs – employees will put effort in when the outcomes they are working towards are achievable and of value.

Trap 2 – Workers consumed by negative emotions such as anxiety aren’t motivated to carry out a task. The self-efficacy belief framework was originally developed by Albert Bandura to help agoraphobics overcome their anxiety. Boosting confidence as well as personal agency and control over emotions puts workers in the right frame for working to their potential.

Trap 3 – Workers who attribute their motivation struggles to being beyond their control aren’t motivated. This is where personal agency and control fits in. The more you boost people’s sense of their ability to influence their circumstances, the more motivated they’ll be.

So, it’s time (perhaps long overdue) to throw out the carrots and burn the sticks!

When it comes to solving an employee motivation issue, start with investigating the extent they believe they have the confidence, personal agency and control and conviction to reach achievable outcomes first. And then stand back and watch performance soar.