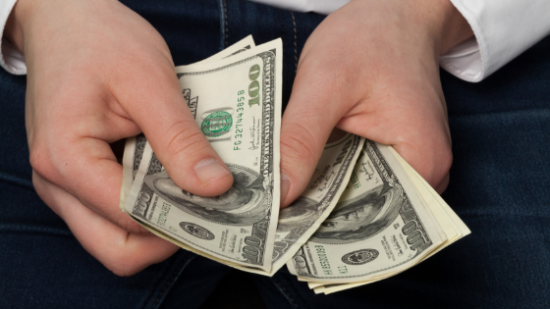 Unless they’ve been living in a cave, everyone in Australia will be familiar with the results of the recent Royal Commission into the state of the financial services sector in Australia.

The Commission’s senior counsel assisting, Rowena Orr highlighted the extent of the issue by presenting evidence of numerous instances of fraud, forgery, bribery and manipulated figures that had occurred – illustrating an extraordinary lack of duty of care to consumers, shareholders and the community.

Reinforcing the magnitude of Ms Orr’s findings, Philip Lowe, the Governor of the Reserve Bank of Australia took the unusual step of publicly slamming Australian banks for their short-term focus on profits through incentives that cause long-term performance and reputational issues. In particular, Lowe criticised the banks for inculcating a sales culture at the expense of a service culture as well as for promoting the short term at the expense of the long term. He also highlighted the risks poorly designed incentive systems can have on distorting employee and organisational behaviour.

Australia is not alone

And while Australia is in the spotlight today, this same behaviour has been on display in the USA and UK for many years including in the not so distant past – remember the GFC? More recently the Federal Reserve imposed unprecedented sanctions on Wells Fargo following its bogus accounts scandal and indeed accused the third-biggest US bank by assets of “widespread customer abuses”.  Watching Senator Elizabeth Warren grill John Stumpf (the former Wells Fargo CEO) made for memorable television as Stumpf looked completely lost.

Why is this so? What’s driving this behaviour?

Given the consequences for customers, employees, shareholders and perhaps most importantly the reputation of banks as trustworthy institutions themselves, I’ve been scratching my head to understand why these otherwise risk-adverse financial institutions are risking their corporate reputations by continuing practices that provide opportunities for misbehaviour and scandals. Surely large public institutions would be familiar with the humanistic psychology literature on what motivates front line employees (if not senior executives)?

But after reading CBA’s CEO Matt Comyn’s testimony at the Royal Commission, the light is beginning to dawn. It’s a really old-fashioned MINDSET on what motivates behaviour that’s the culprit. While admitting that the bank has had problems with its practice of paying short-term variable remuneration to frontline staff, Comyn defended variable pay as a way of motivating staff which provides “consequences” where behaviour is not up to scratch.

So where does this mindset come from?

B.F. Skinner is considered to be one of the most influential psychologists of the 20th Century and founded the school of modern behaviourism with its core process of “operant conditioning” – reward people for the behaviour you want and punish people for the behaviour you don’t want. HOWEVER – this theory was developed nearly a century ago and his work while influential was superseded nearly half a century ago with Social Cognitive Theory (SCT) and the role of self-efficacy beliefs in motivating performance. Ironically, in my research on SCT conducted within 2 banks we found objective evidence on how the biggest motivator for behaviour came not from external or extrinsic approaches (like the carrot and stick) but from focusing on boosting employee self-efficacy beliefs which in turn led to more authentic and sustainable conversations with customers about their banking needs.

So, perhaps a final word to the banks or indeed any other organisation still following Skinner’s ghost is in order. It’s time to move on, adopt contemporary approaches to rewards, motivation and performance AND begin your journey to re-building your reputations with a focus on sustainable and ethically sourced profits.