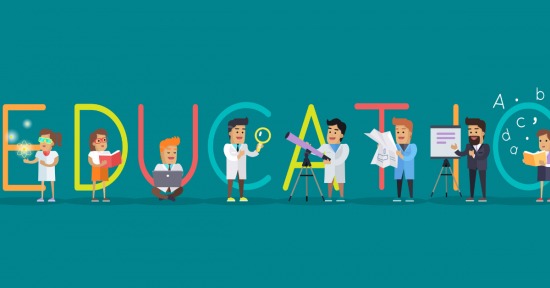 One of the most pressing issues facing business (and society) today is the current skill levels of the workforce. Increasingly automation and Artificial Intelligence (AI) are making many existing skills redundant.

Conversely, the skills needed to operate in an automated/AI driven business environment are in short supply. As a result, businesses will need to invest heavily in helping their employees “upskill” their current knowledge/skills to meet these demands.

Indeed, the scale of the challenge is mind boggling. Automation and Artificial Intelligence are predicted to result in the redistribution of hundreds of millions of jobs in the developed world over the next two decades. In the USA alone, the introduction of autonomous vehicles will put up to five million truck, bus and taxi drivers out of work.

How can we deal with what is clearly an education and training issue effectively and efficiently? My view is that we need to create new, collaborative relationships between society and business. Dedicated resources need to be allocated to education and re-skilling benefitting people being displaced by the digital and AI revolution.

Unfortunately, governments in many countries have been underinvesting in vocational and further education for years leading to a systemic breakdown and a lack of trainers to upskill and retrain the workforce. Vocational education is still largely managed by government in many countries and lacks the market orientation and funding necessary to meet the future needs of industry. Further, government subsidies to higher education have also been cut back in many countries putting upward pressure on institutions to increase fees, which in turn has led to student debt reaching potentially unsustainable levels. Indeed, it’s now the second largest category of consumer debt after mortgages in the U.S.

So where does this leave us?

The good news is that business is increasingly aware of the cost of NOT doing anything.

One of the three themes identified for this year’s exclusive Fortune Global Forum 2018 in Toronto is: “to win the battle for current and future talent by dedicating resources to education and re-skilling and creating more equitable corporate cultures”. But more than this awareness, managers and leaders everywhere need to become more involved at local, state and national government levels to develop 21st Century approaches to this 21st Century challenge.

In the UK for example, the government introduced an apprenticeship levy with the support of industry to stimulate apprenticeship uptake including in the field of management and leadership. These apprenticeships are available to existing workers, not just school leavers and include university degree level, not just vocational ones. In the U.S. AT&T is partnering with a range of digital education providers and traditional universities and investing over $1 Billion in re-educating over 100,000 employees (40% of its workforce) for the digital era.

As philanthropist (and former junk bond king) Michael Milken puts it: “The future of any society is education”. There has never been a better – or a more urgent – time to invest in education. The future prosperity of our societies depends on it.