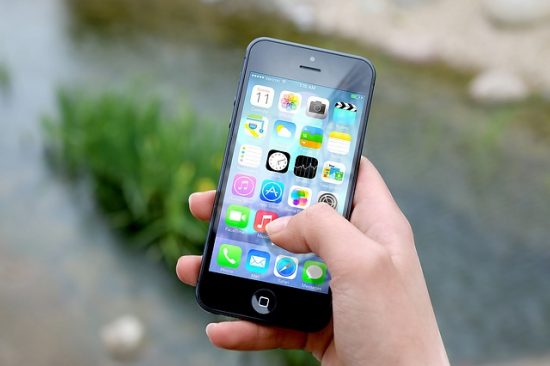 If you’ve been on a Christmas/New Year break like me, you may have missed the news that Apple issued its first profit warning in 16 years due to a fall in forecasted revenue in China.

Ostensibly, the reason is the slowdown in China’s economic growth. Apple’s CEO Tim Cook principally blamed this slowdown to the U.S. trade sanctions (ironically initiated by his own President). But is that the real reason? Or is it due to a lack of innovation?

There is no doubt that China’s economic growth has been a key contributor to Apple’s revenue and profit growth for well over a decade. But competitors are catching up – China’s own smartphone manufacturers are selling very similar products for a fraction of the cost of an iPhone. Even Apple is not immune to Microeconomic principles: the relationship between price and perceived value matter to consumers, particularly for the average consumer as opposed to the status-conscious, early adopter. For many years, Apple was able to drive the iPhone replacement cycle much faster than ‘normal’ technology companies with fantastic new features and added utility. Certainly the “Buzz” around the iPhone 10 was less than previous versions. But constant innovation is no longer sufficient to drive revenue when a product reaches the end of the growth phase of its lifecycle.

Product life cycle can be accurately mapped using Diffusion of Innovation Theory. Many of us will be familiar with the 5 Adopter Categories of the Diffusion of Innovation Curve: Innovators, Early Adopters, Early Majority, Late Majority and Laggards. For years Apple was able to capture a disproportionately high number of Innovators and Early Adopters and in turn drove the rest of us to join the party. They’ve also been extremely adept at resetting the curve with major new product features. In effect they’ve been experts at using the 5 attributes of the iPhone innovation itself to facilitate faster adoption.

What does facilitating foster adoption look like in practice? It’s about leveraging the 5 core attributes of an innovation distilled by the late Everett Rogers when he documented the Diffusion of Innovation process. Rogers showed how 5 Attributes (Relative Advantage; Compatibility; Complexity; Trialability and Observability) drove adoption rates. Let’s look each one as it relates to Apple’s current dilemma with their iPhone.

Relative Advantage refers to an innovation’s utility and status compared to alternatives. Historically, the iPhone had oodles of both and this drove adoption rates faster. Compatibility refers to how the innovation is similar to what you already use. Upgrades for iPhones get a tick on that one too. Apple famously made using technology simple – the antithesis of complexity – which drove adoption rates faster. And trialling an iPhone in one of Apple’s stores has never been easier. Finally, Apple iPhones (and Stores, for that matter) are everywhere – the more you can see them, the faster they sell.

Innovation and Productivity Affect All of Us

Nevertheless, Apple’s challenges reflect society’s wider challenges of sustaining innovation. A recent OpEd by Kara Swisher in the New York Times highlights the need for the next great wave of innovation. Not only do we need more innovation to increase productivity and deliver benefits to consumers (products/services), businesses (revenue/profits) and governments (tax revenue) but we also need more innovation to deal with any number of the world’s increasingly intractable environmental, social, humanitarian and political issues.

Apple is a great company for reasons going far beyond its innovation and marketing prowess. Indeed Warren Buffett (it’s 3rd largest shareholder who famously avoids buying into technology companies) response to Apple’s announcement was that he was thrilled Apple’s share price has dropped so he can buy more! Nevertheless, Apple’s current travails are a sobering warning to any company about the importance of innovation – and how hard it can be to sustain it.