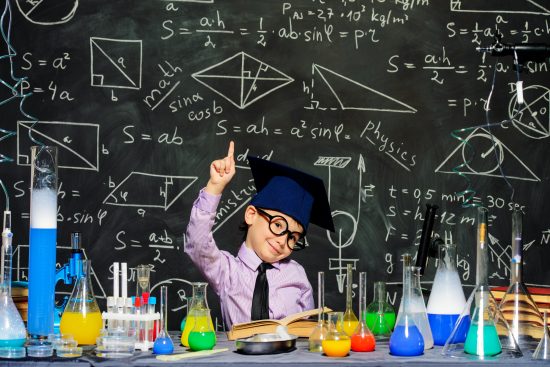 I was first introduced to the term “paradigm shift” by Tom Peters and Bob Waterman in their classic business book “In Search of Excellence”.

They argued that the rational model of business – a direct descendent of the scientific management principles that drove industrial worker productivity in the 20th century – had ceased to be a useful discipline. Drawing on Thomas Kuhn’s “The Structure of Scientific Revolutions”, Peters and Waterman articulated the set of “shared beliefs” amongst managers representing the dominant “scientific management” paradigm of business. In its place, they urged business to adopt a new paradigm based on values, counterintuitive thinking and a degree of irrationality. Their work precipitated the search for a new set of shared beliefs to replace the dominant paradigm we see emerging today.

While Kuhn’s idea for a paradigm shift was intended for the physical science community, it was actually the social science community who initially grasped its significance. As the late University of Toronto Professor of Sociology in Education, Madan Handa noted: “The term “paradigm shift” represents the notion of a major change in a certain thought pattern—a radical change in personal beliefs, complex systems or organizations, replacing the former way of thinking or organizing with a radically different way of thinking or organizing”. And nowhere is this change more radical than replacing the way the educational ecosystem thinks about and organises learning for the industrial age to the information age.

Of course, replacing an old paradigm with a radically different way of thinking or organising is not a straightforward process. Sufficient, significant anomalies within the dominant paradigm need to be accrued before a state of crisis emerges. In order to address this crisis, new theories and experiments are produced to try and explain anomalies. In Kuhn’s view, the debate triggered by these interventions is critical and ultimately more important than the paradigm shift itself. When a new paradigm is finally formed, the old one slowly dies off as the new one gains influence with new followers through both objective and subjective criteria. Eventually, the new paradigm is institutionalised as the dominant one.

The educational ecosystem today finds itself in the crisis phase of the paradigm shift from teaching students for the industrial age to helping students learn for the information age. The current paradigm embraces forced repetition, memory tests, tolerance for long hours of tediousness, following directions, punctuality and the 3 R’s. However, cracks are increasingly materialising in the efficacy of this dominant paradigm for the information age. In its place, a new paradigm is emerging that stresses learner autonomy, innovation, continuous learning and teaching and quality, rather than quantity of thinking. It will take time for this new paradigm to become institutionalised as many stakeholders in the existing educational ecosystem will want to retain the status quo but as new theories are proposed, more experiments carried out and irrefutable evidence emerges for the efficacy of the new paradigm, the paradigm shift will be complete and the new paradigm will be dominant.

A directly relevant example of the paradigm shift currently underway in education previously occurred in psychology as the dominant paradigm shifted from a behaviourist approach to a cognitive one. In the behaviourist approach, the teacher is in control by creating a dependent relationship using positive and negative reinforcement techniques to shape learner behaviour. There is no opportunity for the learner to reflect or evaluate. In contrast, under the cognitive approach, the learner is in control and develops their independence and autonomy and the teacher’s role is to boost learning and shape learner behaviour by applying four key techniques: