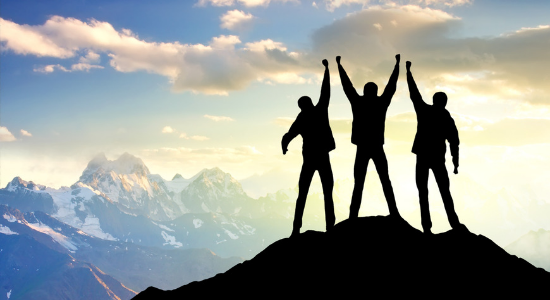 Growing up in Montréal, I vividly remember the storm French President Charles de Gaulle caused when he declared “Vive le Québec libré! during an official visit to Canada during its centenary in 1967.

To this day, the debate about sovereignty and control between Québec and Canada continues to be a flashpoint for many Canadians and Québecois. De Gaulle’s declaration makes sense given France was the birthplace of the motto “Liberty, Equality and Fraternity” as well as his personal role in liberating France during WWII. Therefore, it’s no surprise that the latest Management trend “Corporate liberation” has firmly taken off in France.

According to Brian Carney and Isaac Getz, the authors of the book “How Corporate Liberation Unleashes Employee Potential and Business Performance“, corporate liberation is a philosophy, not a strategy. As a management philosophy, it draws on elements of Servant Leadership as well as McGregor’s Theory Y. And while these philosophies have been used very successfully by a number of well-known organisations such as P&G, W.L. Gore and Starbucks, there has been considerable resistance to their widespread adoption throughout organisations around the world.

Carney and Getz recently wrote an article in HBR: “Give your Team the Freedom to Do the Work They Think Matters Most”. What struck me about this article was the way they explicitly labelled the issue of control as the main stumbling block.

I’d like to look at this concept of “control” further.

Peter Drucker’s ‘4 Functions of Management’ illustrates how central control is to the process of management and Nordstrom has shown over many years, that it is possible to give employees amazing amounts of freedom to serve customers without ‘giving up’ control. Instead it means shifting from a “Pre” to a “Post” control management approach.

For me there is an additional layer to this philosophical issue and management approach – that is, the need to control is a very human characteristic; something that has been evidenced in my work as an organisational psychologist and LMAP 360 coach time and time again. Indeed, increasing one’s sense of personal agency and control is actually a core part of boosting an individual’s self-efficacy beliefs – the confidence in the competence to successfully undertake challenging tasks.

So how can we view Control without the negative connotation in order to facilitate adopting the Corporate liberation approach?

Firstly, managers need to first learn how to manage their innate and socialised need to control – basically, to control their need to control! And that means they need to learn to be able to give up their need to have a high level of perceived power (which is linked to their Ego). This in turn means a deeper dive into rethinking their sense of self. This is in fact, the first step of the Carney and Getz approach – Lose your Ego – which (as most of us mere mortals know) is easier said than done!

Full credit to Brian and Isaac for offering a philosophically sound prescription to corporations wanting to liberate themselves. Now we are left with the question – how can this process best be facilitated so that more organisations can declare “Vive le Corporation Libré“!

I’ll leave the answer on that question for another Day….