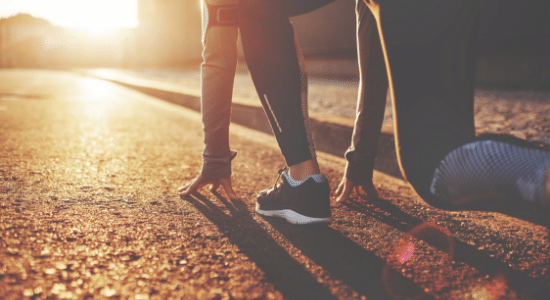 Conventional wisdom dictates that competition – regardless of whether it’s in the classroom, on the playing field or between business rivals – is good because it builds character, boosts productivity and delivers better outcomes.

The degree to which the “competition is good” wisdom is embedded in our society is typified by the legendary American football coach Vince Lombardi who is famously remembered for his quote “Winning isn’t everything: it’s the only thing”. Indeed, competition is often seen as an unavoidable part of “human nature”, part of the price we pay for living in a survival of the fittest world.

I used to subscribe to the “competition is good” approach until my colleague Gary Heil recommended I read Alfie Kohn’s book “No Contest”. Kohn concluded, after studying hundreds of psychological and sociological studies, that gaining success by making others fail is an unproductive way to work or learn. According to Kohn’s analysis, all the purported benefits of competition get washed away by the anxiety, selfishness, self-doubt and poor communication it causes which makes getting work done difficult and decreases productivity.

Kohn’s conclusions are supported by Social Cognitive Theory informed research which consistently found collaborative rather than competitive learning was strongly correlated with student success. The Social Cognitive Theory research stream also found learners do better when they compare their results against their own performance rather than the performance of others. In other words, competing against themselves rather than against others is far more likely to result in success.

Notwithstanding the evidence to support the dangers of competition generally and competitive learning in particular, competition still sits at the centre of the organisational altar: Performance Appraisals; Budget Allocations; Promotion Opportunities; and Incentive Schemes. Each of these processes is built under the “competition is good” umbrella. Yet organisations everywhere today are crying out for greater collaboration and less competition in the workplace. So is there a happy medium where both competition AND collaboration co-exist in organisational harmony?

To help me answer that question, I turned to two outstanding scholars from the organisational psychology field: Wharton Professor Adam Grant and LMAP 360 founder Ron Warren. Grant’s recent HBR IdeaCast “How Having a Rival Improves Performance” described two approaches to what Grant labelled “collaborative competition”. The first is a pattern of “cutthroat cooperation” which starts with people competing with each other and then try to build a cooperative relationship. The second is the reverse – a pattern of “friendly competition” where people first build an environment of trust and mutual respect and then try to beat each other. No surprises guessing which approach works better over time – friendly competition won hands down. And unlike the chicken and the egg, in the world of collaborative competition, it really does matter which comes first.

My conclusion? Competition is here to stay. It’s in our DNA and how we’re socialised. But it is possible to change how we compete as well as the way collaboration and competition are introduced, maintained and rewarded in organisations. To paraphrase Lombardi, “Winning isn’t everything, it’s how we get there that’s the only thing”.