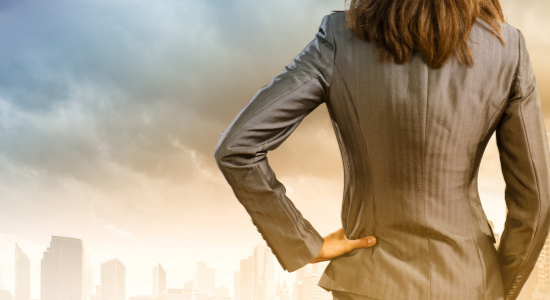 Recently, I attended a Chief Executive Women’s network meeting in Sydney and was dismayed to find out that women represent as little as 10% of directors in Australia – and that percentage hasn’t shifted in ages.

The low percentage of female directors is not due to lack of qualifications – impressively, women represent nearly 60% of university graduates, a trend that has been accelerating for many years.  And it’s not due to lack of awareness either – study after study has highlighted this issue for decades.

So why isn’t it shifting?

To dig a bit deeper into the issue, I contacted Professor Brian Connelly from the University of Toronto who had recently conducted an extensive study of the LMAP database of 1,750 male and 950 female senior leaders.  LMAP is 360 leadership assessment tool that collects data on leadership effectiveness as well as personality and behaviour. Brian’s research found no significant difference between how men and women’s leadership effectiveness was rated.  Instead, highly effective leaders – regardless of gender – showed positive correlations with teamwork traits such as helpfulness and sociability while dominance traits such as hostility and need to control were strongly correlated with ineffective leadership. Interestingly, the data also showed women are generally more self-aware of their personality and behaviour than men – something that the Stanford Advisory Council has rated as the single most important attribute leaders need to develop.  So why has this not helped women climb the proverbial boardroom ladder?

In a bid to discover more, I next turned to research by Sydney-based coach Suzi Skinner which has shown that although women are more self-aware and have been great at recognising a skills-based approach to leadership, they aren’t so good what Skinner calls ‘leadership identity’ – the ability to recognise the importance of knowing how a person views themselves in that role.  Skinner says women are still not treated as well as their male counter parts – they are either not being listened to or attended to. Her answer? She advocates for more women role models.

Skinner’s not the only one to call for more women role models as a solution.  Her research accords with research undertaken by Bain Consulting for the Chief Executive Women’s network. Women entering the upper echelons of management in their 30s are told their ‘leadership style’ is inappropriate and that they must change it if they are to move up the ranks. However, the LMAP research refutes this idea –rather, it states that women are just as effective as men in leadership roles and there is no need to change their ‘style’. The CEW report also called for more female role models at the senior management level.

I would also argue that it’s not just women that need better role models – men do too. We need senior male leaders who listen and don’t talk over women.  Above all, we need more respect and appreciation for the diversity of views and talents women bring to their roles and an acceptance that their style of leadership is just as effective – or even more effective – than traditional male stereotypes.

Need a picture of a great female role model?  Check out her presentation at Stanford Business School who steered that company through a very difficult time, very successfully.  https://www.youtube.com/watch?v=Q_hRTyllwC4

Hopefully Anne’s success – and that of other prominent CEO’s – changes the gender mix in boardrooms sooner than later.